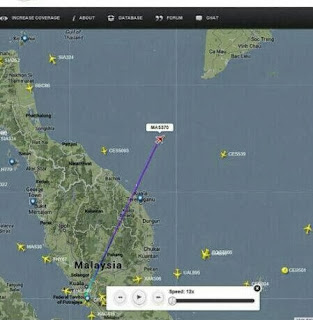 He said they should get information only from validated sources.

"I'm making my way to the flight management building (in Sepang) from Janda Baik (Pahang) to get updates and details from the agencies involved. In the mean time, don't speculate," he tweeted.

Hishammuddin also tweeted that all the relevant agencies, including the Royal Malaysian Air Force (RMAF), were working together to locate the missing plane. He is expected to hold a news conference at 1 pm today.- BERNAMA