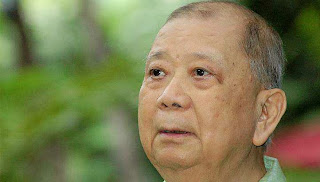 Ong Boon Hua, better known as Chin Peng, is the notorious leader of the Malayan Communist Party (MCP) who eluded arrest for decades and was responsible for the gruesome deaths of many innocent civilians and servicemen during the often brutal insurrection that began in 1948 and lasted well into the 1980s.  Chin Peng, former secretary-general of the Malayan Communist Party (MCP), died at a hospital in Bangkok on Monday morning.